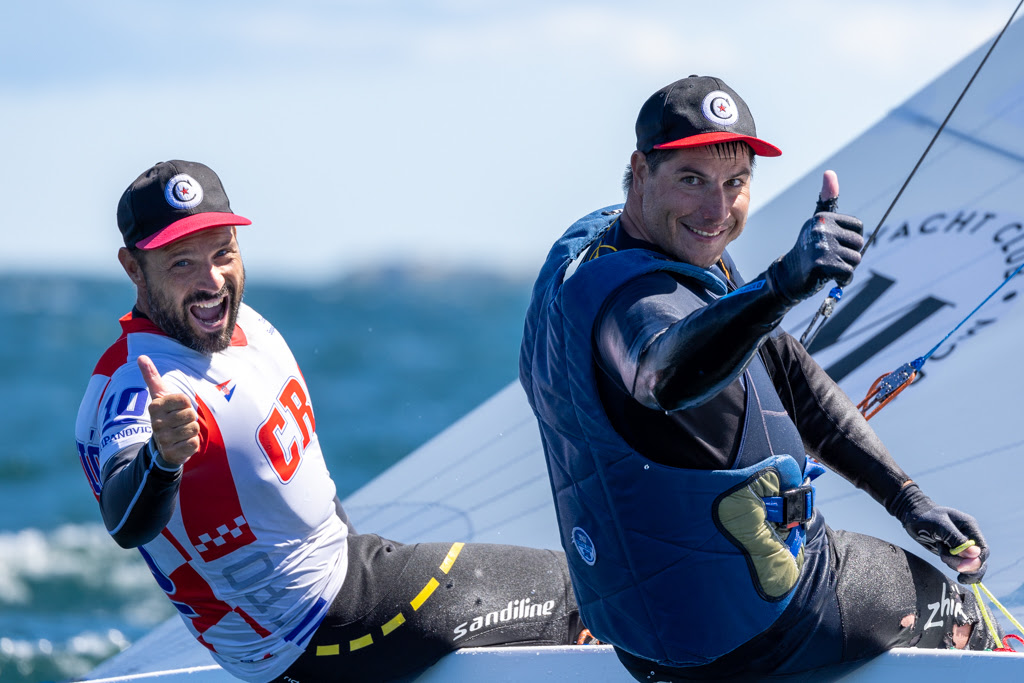 Two bullets on the very last day of the 2022 Star European Championship delivered the continental title unquestionably to SSL World n°1  Tonci Stipanovic  and his Croatian counterpart  Tudor Bilic . It was a hard fought battle for the Croatian team who right after they christened their new Star boat here in Copenhagen, had a very bad day to start the Championship. A little disheartened, they began the climb to the top from Day 2, when they finished 1st and 3rd, to finalize their work on Sunday for the last day with 2 wins to undoubtedly earn the right to engrave their name on the 40-year- old Star European Championship Trophy.

Tonci Stipanovic, Star Class European Champion:  “That was the only good option for us so we really pushed hard today and the plan was to do 2 bullets and really have a good first downwind, which we managed to do that in the first race. In the second race, I said to  Tudor:  “OK, let’s do a good start and go left and then strike as hard as we can…” And again we had a really good downwind. trying to finish first. And we managed it and we’re really happy. After the first day, we thought we didn’t have any chance for the podium and then in the end with a very good last day we managed to win the gold .

On SSL Ranking:  “It’s great to be in front of some of the big names. I am really proud and I ll try to keep that position.”

Tudor Bilic, Star Class European Champion:  “It was demanding a race today [Sunday], specially downwind. We tried sail fast and safe at the same time in the first race of the day. In the second one, we tried to keep the rest of the fleet behind us. We gybed at the last moment and we started to calculate the points. And it was time to celebrate!”

The Star Class European Championship is an  SSL 1000 -point event that counts for  SSL Ranking .